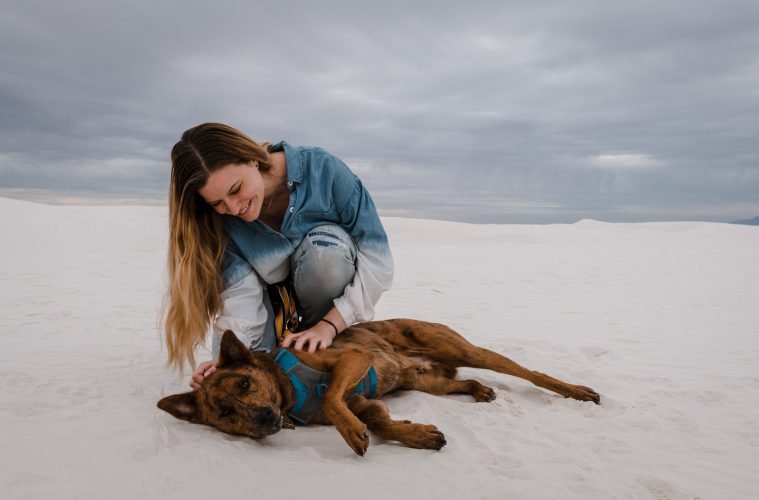 White Sands National Park: Everything You Need to Know

When you think of National Parks in the United States, some of your first thoughts may be Grand Canyon, Yellowstone, or Yosemite. However, the National Park Service oversees more than 500 areas throughout the United States including monuments, historic sites, and forests like White Sands.

White Sands National Monument is one of those less known treasures that is located in southern New Mexico. In fact, to be more accurate, the White Sands has officially become a National Park on December 20, 2020.

With 275 rolling acres of white gypsum sand, there’s not much to dislike. The White Sands lay in the Tularosa Basin in the Chihuahuan Desert of New Mexico. They are actually known as the largest gypsum sand dune in the world and were formed after the evaporation of an ancient sea. Since there is little rainfall and no water flow out of the basin, the gypsum sand dunes have survived all of these years.

The unique sand dunes at the White Sands are being preserved which leads to the site’s recognition as a National Park. These gypsum dunes are home to a variety of wildlife including plants and animals only native to the northern end of the Chihuahuan Desert. Interestingly enough, the dunes are also a hot spot for scientists and biologists around the globe. Considered as the “desert Galapagos”, White Sand Dunes National Park showcases rapid signs of evolution. Many mammals, reptiles, and plants have adapted to the everchanging dune environment. 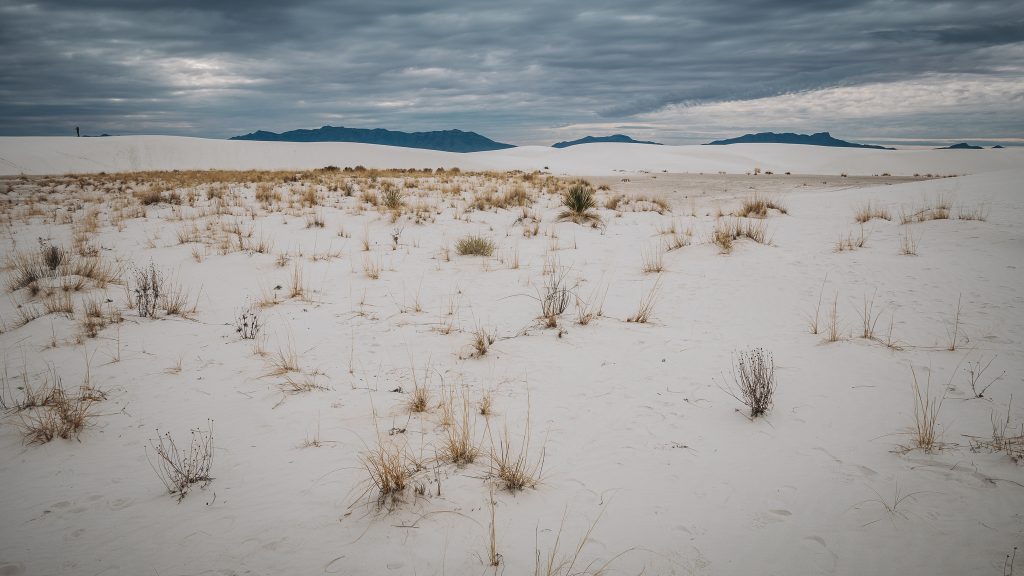 Unfortunately, the White Sands are not the easiest spot to get to. The closest city is Alamogordo which is 3-4 hours from Alburquerque. On top of that, you’ll have a lengthy drive filled with desolate landscapes and military missile ranges. If you’re willing to put the work in, White Sands National Park is definitely worth the patience!

You Can Expect Clear, Sunny Weather for Most of the Year

According to the National Park Service, you can expect clear skies for over 300 days of the year! During our visit, we experienced clouds and a little bit of rain. Those sunny skies would’ve been nice, but the clouds made for some dynamic shots!

Things to Do at White Sand Dunes National Park

The best area to really get a chance to climb the dunes is all the way towards the back of the park at its final loop. While you may look at the rolling dunes and be exhausted, I promise you that these sand dunes aren’t too difficult to walk on! 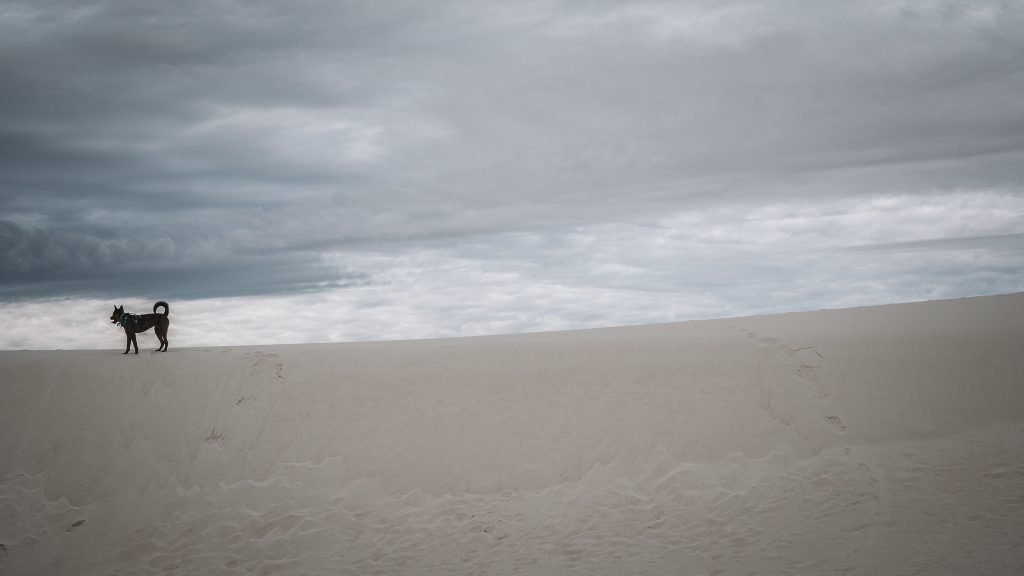 Take a Walk with Your Dog

Unlike most national parks and monuments, White Sands National Park allows pets as long as they are on a 6 ft. leash. This makes it one of my personal favorite parks for that minor detail. Our dog loves to run, dig, and play in the sand! 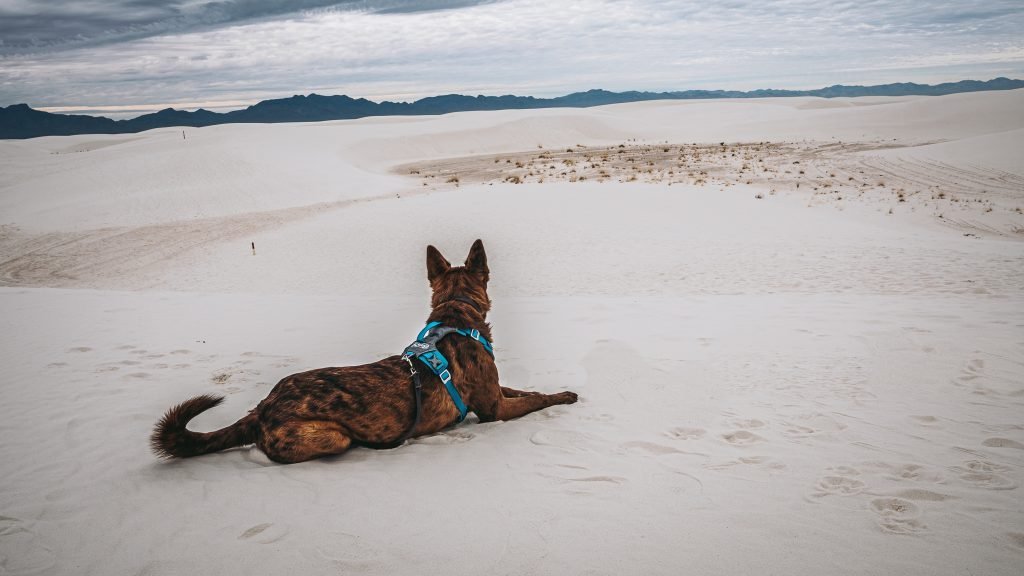 Sand sledding and boarding at White Sands National Park are encouraged and highly recommended! These steep hills that almost resemble snow are a great place to sled.

Sleds can be purchased in the Visitor Center on your way into the park.

The Park offers the opportunity to backcountry camp among the beautiful gypsum sand dunes under a star-filled sky. This provides a unique experience for every outdoor fan.

A permit is required to backcountry camp in the White Sands National Park. They are issued at the Entrance Booth on Dunes Drive. For more information, visit https://www.nps.gov/whsa/planyourvisit/backpacking.htm. 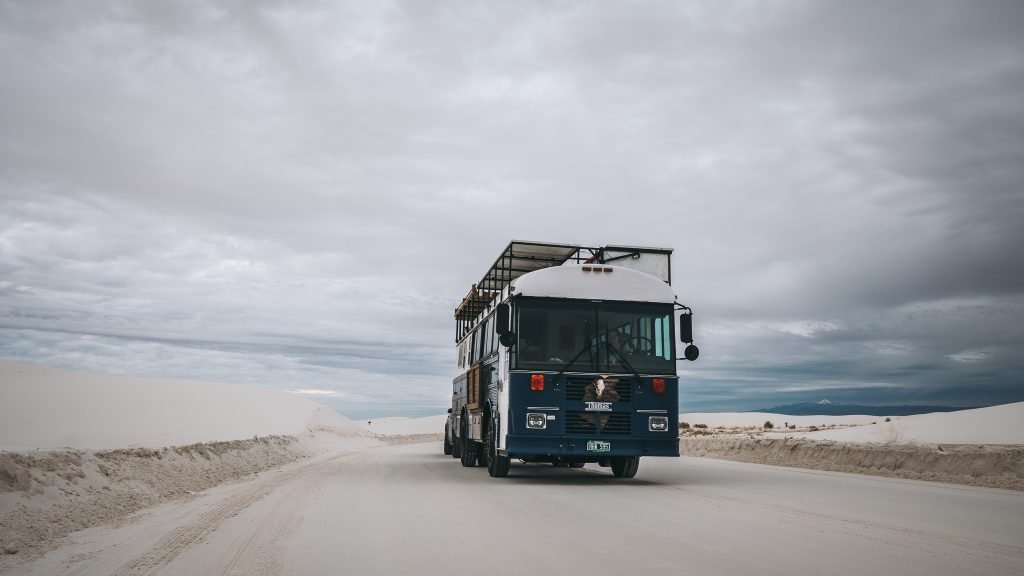 Only recently have we discovered that most National Parks and Monuments offer free guided tours that are included with admission or America the Beautiful pass. While there are many hikes you can tackle on your own at White Sands National Park, there are also a few free tours with a ranger.

According to the National Park Services website, the Sunset Stroll is their most popular tour. It is a one-hour free guided tour with a ranger that takes place one hour before sunset. Offered daily, this tour will educate you about the dune’s plants, animals, and ecosystem.

What You Should Know Before Visiting White Sands

While I haven’t visited all of the national parks, monuments, and other properties throughout the United States just yet, White Sands National Park is certainly underrated and should be added to your list!

We visited White Sands National Park right after making a trip to Carlsbad National Park which is also located in New Mexico. The Park was not nearly as crowded and was just as beautiful in person as they were in photographs. 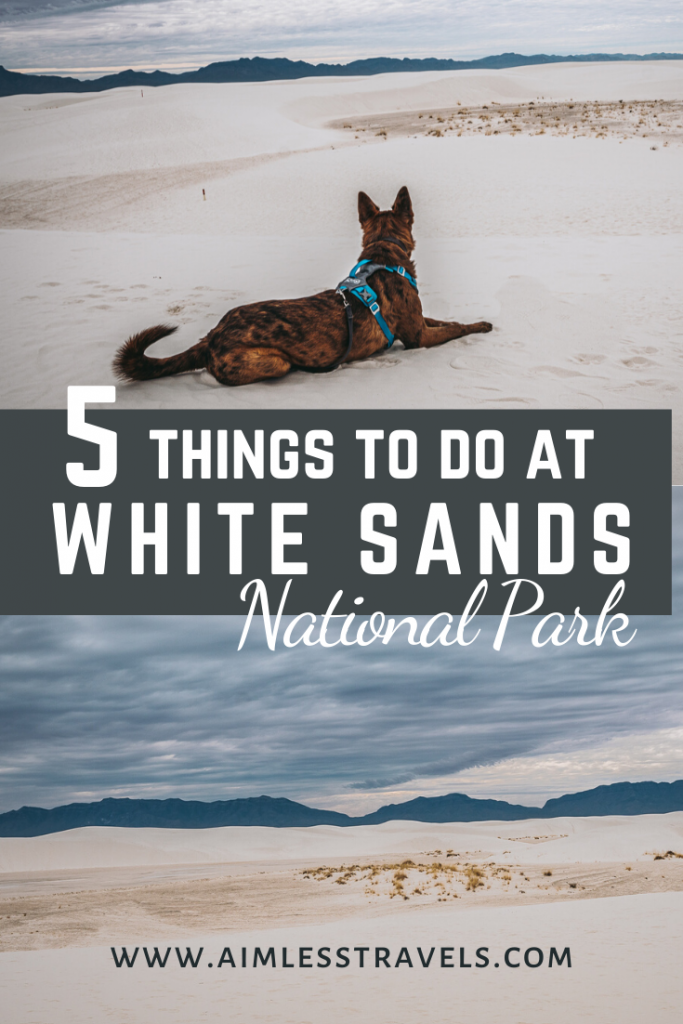