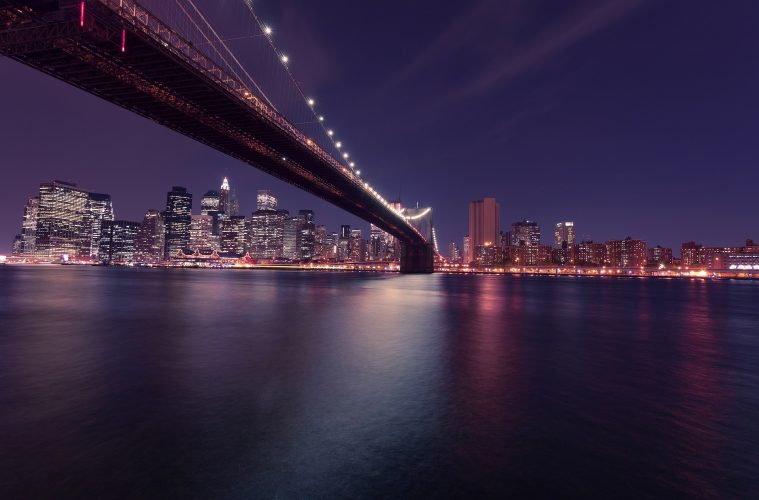 There are TONS of things to do in New York City, I mean, it’s called the Big Apple for a reason, right? New York City should be on your bucket list for sure, and even if you’re just passing by for a quick day trip, an exciting night, or a quick getaway weekend in NYC, you’ll be sure to have an outstanding time!

One thing you gotta love about the city is that there are food carts all over the place! You can’t really walk around without smelling and craving those soft pretzels and hot dogs.

If you’re looking for something aside from the basic kind of foods, we would highly recommend Halal Guys. They started out as just a standard “hot dog” cart in the city, and have now become a world-known chain! You can find their original location at West 53rd and 6th Avenue in New York City.

The reason we love this place is for their delicious gyro and their infamous white and red sauces! The stop is definitely worth it.

You can’t possibly make it a day trip to New York City without going to Central  Park! But, don’t underestimate this “park”, it’s HUGE and you probably won’t be able to see everything you’d like to in one day. And, what’s great, is that there are fun free things to do in NYC, so you don’t need to worry about breaking the bank.

A few favorites things to do in Central Park is visiting the Pond and Gapstow Bridge, Central Park Zoo, the Carousel, the Dairy, Sheep Meadow, the Mall, Statue of Balto, Bethesda Arcade & fountain, Bow Bridge, Cleopatra’s Needle, and Belvedere Castle. You can even ride a horse and buggy through the park if you want to ride in style! 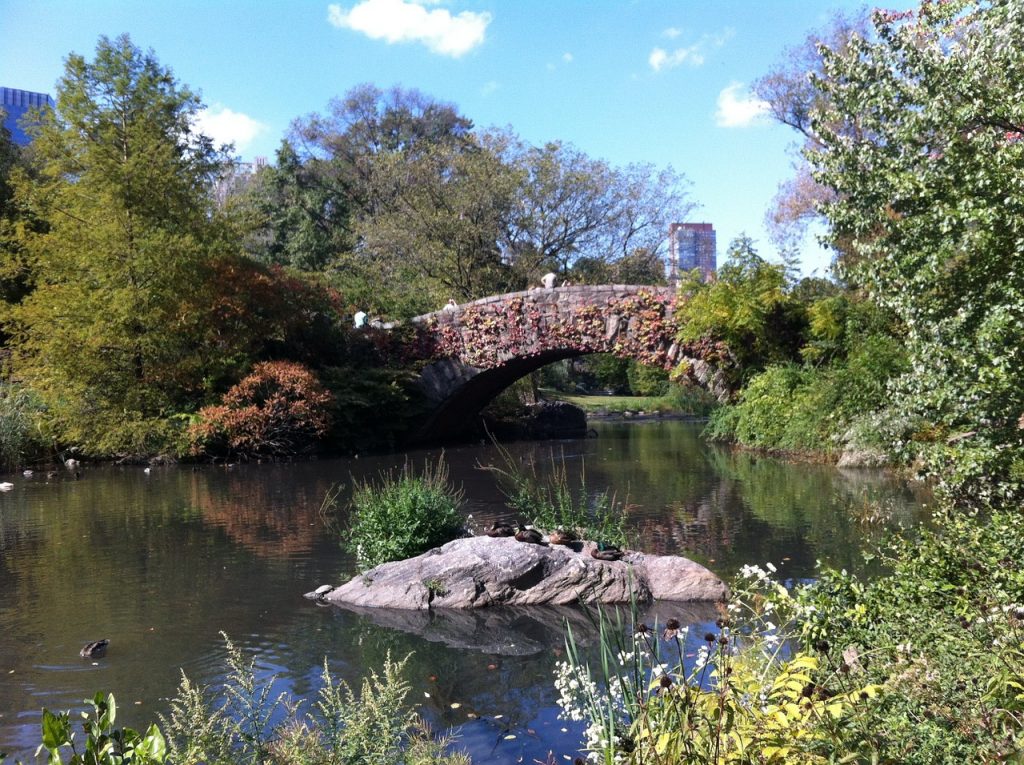 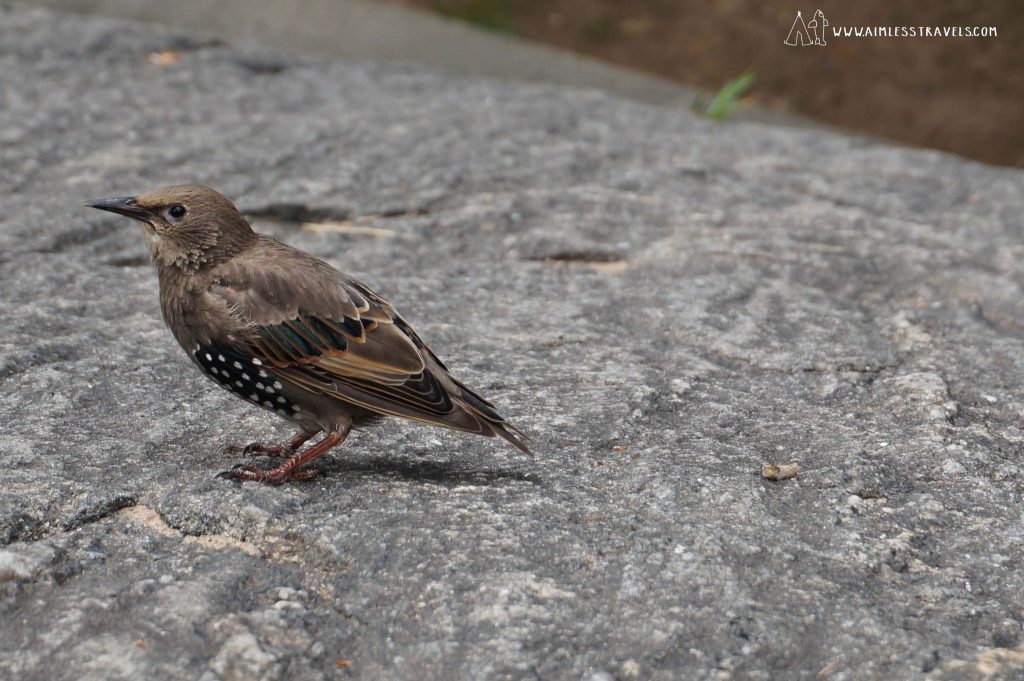 These little birds were trying to steal all of our food that day!

It doesn’t get much cooler than seeing war ship, airplanes, and spacecrafts up close and personal! The Museum offers many exhibits, including the aircraft carrier Intrepid, submarine Growler from the Cold War, the supersonic aircraft Concord, and the Space Shuttle Pavilion showcasing the orbital shuttle Enterprise. The museum offers loads of records, artifacts, and other historical facts that document Intrepid’s journey through time. 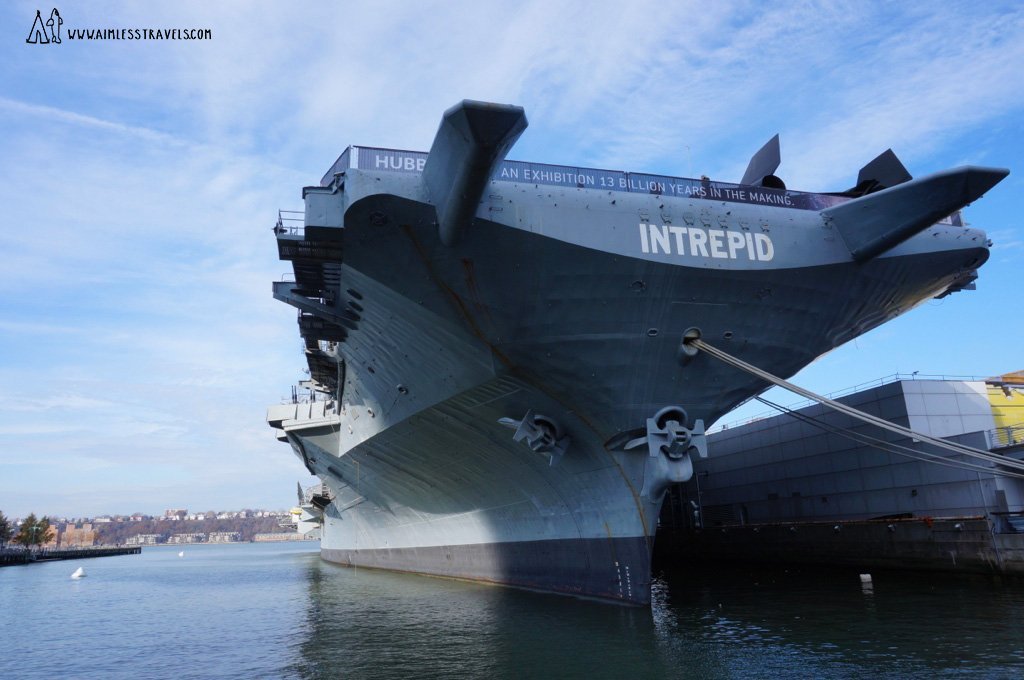 You HAVE To See The Statue Of Liberty While You’re Here!

If you’re only going for a day, you can’t possibly do everything on this list. But, if you haven’t already seen the Statue Of Liberty, you absolutely need to make this a priority!

The Statue Of Liberty was originally a bronze sculpture that was given as a gift from the French. The torch is a symbol of enlightenment. It is intended to light up the way to freedom showing us the path to liberty. Her official name is actually “Liberty Enlightening the World”.

If you have an extra day to spend, we’d suggest taking a day tour of Ellis Island. It was an amazing tour and had a lot of interesting facts and artifacts instrumental to our country’s history. 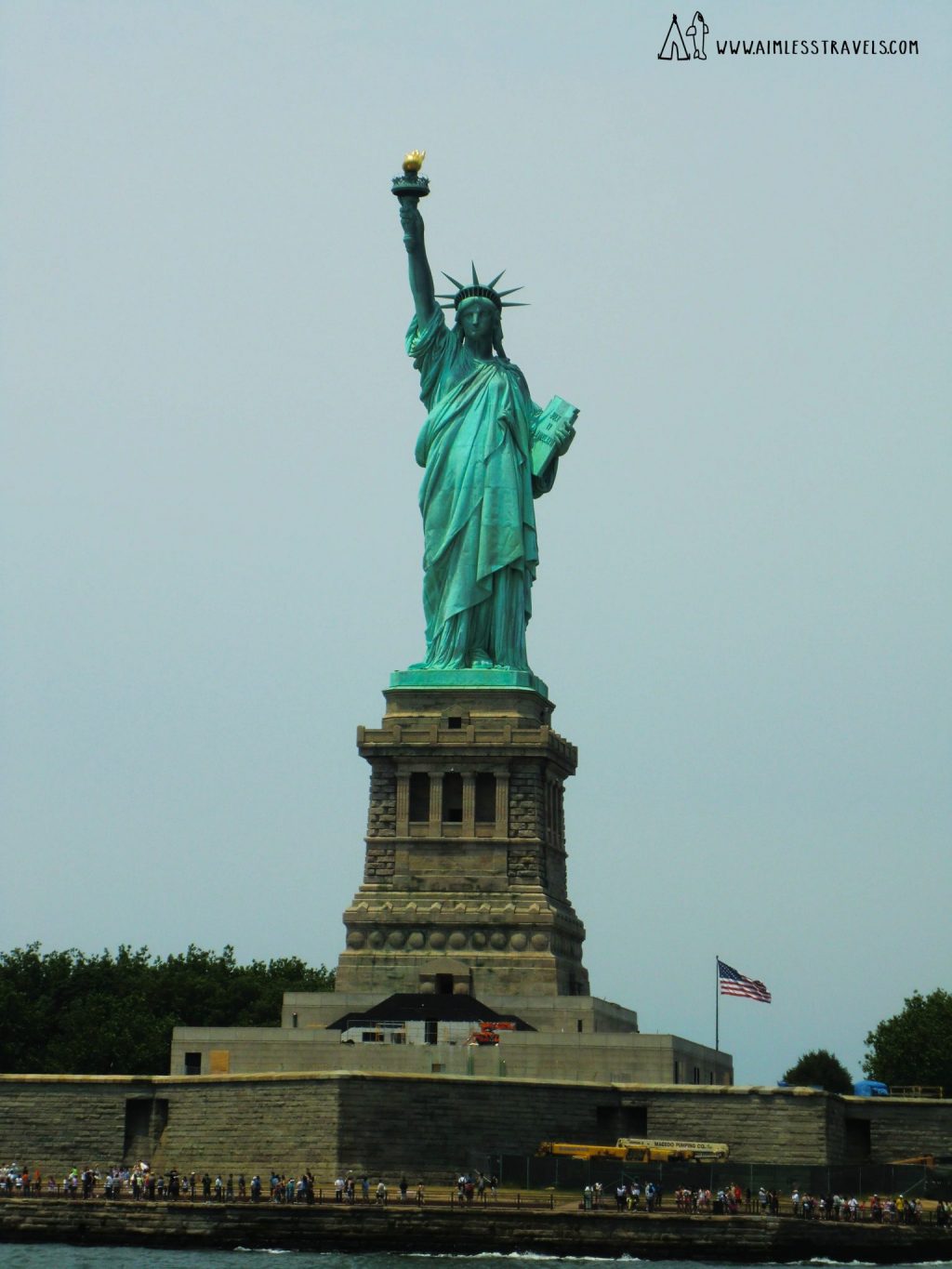 Pay Some Respect To The Victims of 911

The 911 Memorial and Museum is a beautiful spot to really honor those that passed during the tragedy of 911, standing right where the Twin Towers used to be. It commemorates the 2,977 people that lost their lives during that day, as well as the 6 that died during the 1993 World Trade Center bombing. 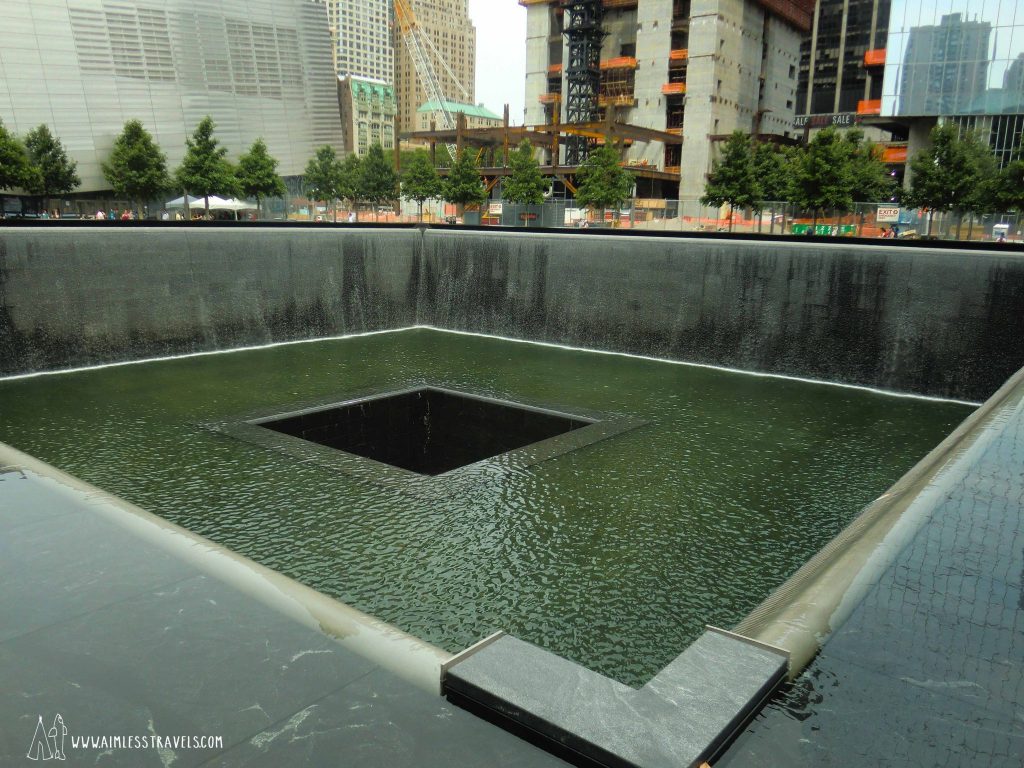 You’re In NYC…You Are Going To See A Broadway Play, Right?

Broadway is home to some of the most amazing performers in the entire world! We’ve been to tons of different Broadway plays, and each one offers something unique and amazing. But, when it comes down to it, we’d recommend seeing the Lion King or Wicked. Both offer some beautiful musical scores, amazing actors/actresses, and stunning effects and costumes. The storylines keep you on the edge of your seat the entire time! 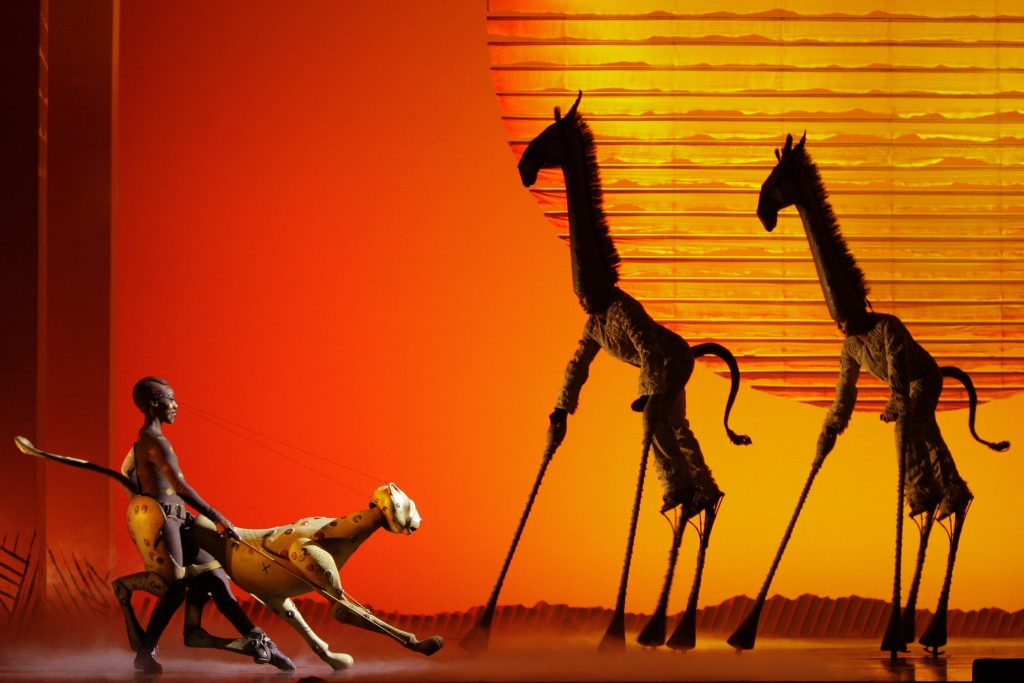 Is Your Stomach Grumbling For Dinner, Yet?

As expected, there are many fantastic NYC restaurants that we haven’t been to, yet. However, we still have two suggestions based on what kind of dining you’re looking for when you go.

If you’re looking for somewhere that isn’t going to leave your wallet quietly sobbing but still want to hit something that’s the “it” spot in the city, we’d suggest taking a look into Sugar Factory. There are three locations in the city; Upper West Side, Meatpacking District, and Times Square. We visited the Upper West Side location on our most recent trip. You’ll have to make a reservation, which you could do right through OpenTable!

Sugar Factory is best known for its Couture pop drink collections, loaded with a variety of candy and other sweets. The food is decent and the desert is pretty elaborate, as well. Don’t expect to be spending nothing here, though. We wound up splitting a drink that was over $30.

If you’re really looking for some high-quality cuts of steak, New York City is going to be your meat paradise! Our personal all-time favorite steak restaurant in NYC is Del Frisco’s Double Eagle Steakhouse – never had such an amazing steak before and we’d consider it as one of the best restaurants in NYC!

A few other favorites we’d recommend are Wolfgang’s Steakhouse and Quality Meats.

Burn Those Calories Off With A Walk In Time Square

You’ll probably recognize Times Square as the annual destination for the ball drop during New Year’s Eve. Aside from that fact, it is a major commercial intersection with billboards and advertisements in every direction you look, giving it popular names like “The Center of the Universe”, “the heart of The Great White Way”, and the “heart of the world”.

Do you know what’s even more fun than just taking a basic stroll through New York City’s Time Square? If you’re staying at a hotel that’s walking distance, take their bathrobes and go walk around. It’s great because NO ONE looks at you twice…as if it’s a normal occurrence to look like that in NYC (because it kind of is…). It was one of our most memorable moments while in the city!

Get Your Happy On At Happy Hour

There are so many midtown bars in New York City that I couldn’t possibly list everyone! During our last stay in New York City, we hit a fun, local bar called Reunion Surf Bar. The drinks were inexpensive, but GOOD, and the environment made us feel like we were at an actual surf bar!

Livin’ It Up In The City – Night Life

New York City nightlife can be some of the best in the country! If you’re into the clubbing scene and getting “lit”, NYC offers a variety of world-class venues to choose from.

According to Four Square, the 12 most popular nightclubs in New York City are the Electric Room, Lavo, Le Bain, Ph.D., Paul’s Cocktail Lounge, Up & Down, 1 Oak, Nublu, Times Square Terrace, The Box, Marquee, Avenue, The Blond, The Rose Bar, and the Hudson Terrace.

We went to Avenue in the city a few years ago. Unless you know a club promoter, expect to pay a decent cover. The club, overall, was a lot of fun and played great music. But, it does get incredibly crowded and the drinks (as you’d expect) get expensive. If you don’t mind crowds and paying some money to have a good time, definitely plan for a night out!

It’s hard not to want to stay in New York City for the night, especially if you can snag a room with a city view! NYC offers some of the most luxurious 5-star hotels.

According to the Huffington Post,  the 12 most popular New York City hotels right now are The Greenwich Hotel, The Plaza, Mandarin Oriental, The Standard High Line, Gramercy Park Hotel, The Lotte New York Palace, Row NYC, The James, The Empire Hotel, Four Seasons, The Peninsula, and The Bowery Hotel.

We stayed in a beautiful 5-star hotel called The Time during our trip! 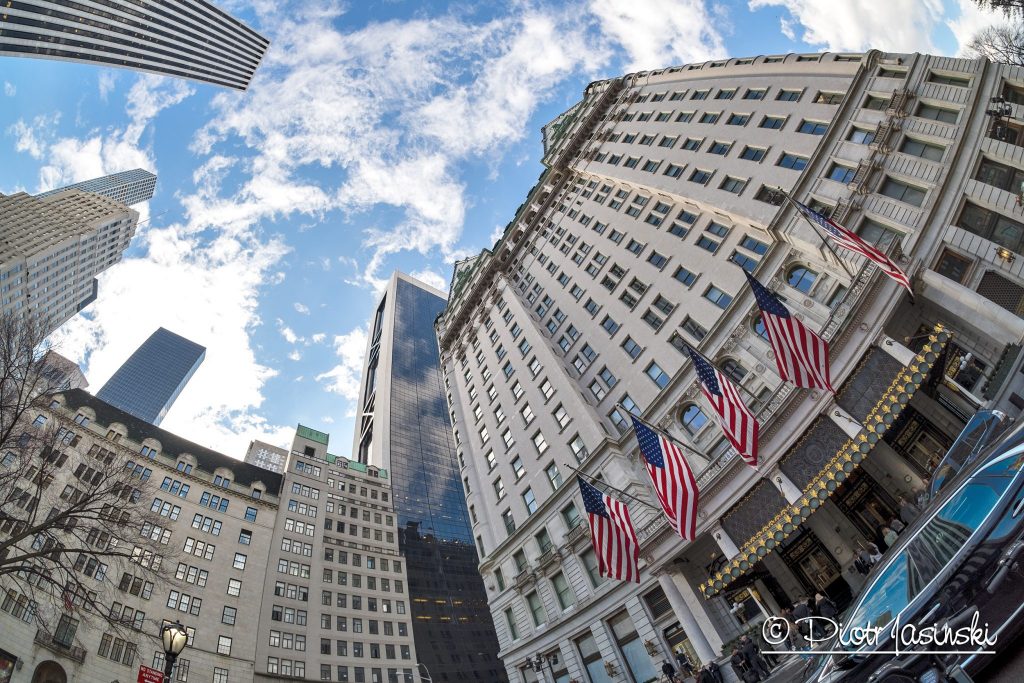 The Plaza. Photo by Piotr Jasinski.

How To Get Around The City

If you are planning on driving and looking for the best parking in NYC, check out the website Best Parking. It offers the parking rates for all over the city, so you can find the closest one to your destination (and the most affordable!).

If you haven’t used Lyft before, use my promo code, shelby32179, to get Lyft credit!