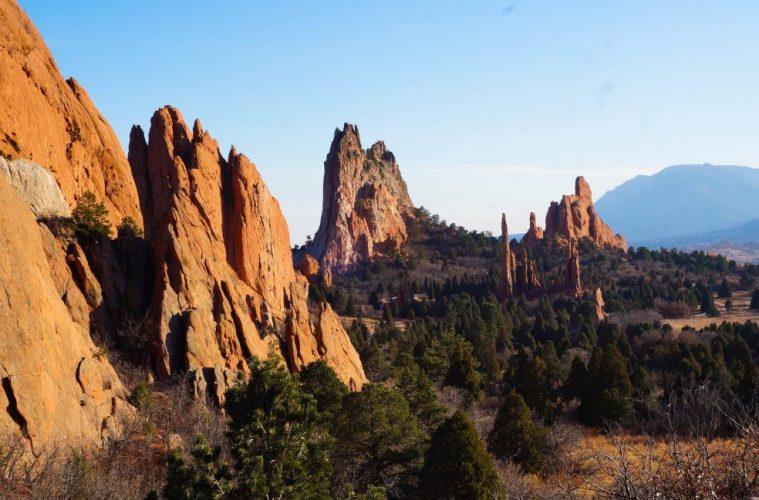 15 Things to Know About Garden Of the Gods

Garden of the Gods in Colorado Springs, Colorado features some of the most unique rock formations that you’ll find in the United States. The beautiful formations you’d see at the park are ancient sedimentary rocks made of deep-red, pink, and white sandstones, conglomerates, and limestone that were deposited horizontally, but are now tilted vertically due to uplifting.

The rocks were once an ancient sea, eroded remains of an old mountain range, sandy beaches, and great sand dune fields. Now, Garden of the Gods is open to visitors year-round for free.

Let’s get into some of the fun facts about Garden of the Gods that you may want to know.

How did Garden Of the Gods get it’s name?

They were actually named after a beer garden in 1859, after Beach and Rufus Cable stumbled across the rock formations. They had proclaimed that the park was a place for the Gods to assemble and drink beer.

How much does it cost to visit?

The park is FREE and will remain that way! In 1879, Charles Elliot Perkins bought the land. After his death in 1907, he deeded the property to Colorado Springs under certain conditions-one of which was for the park to always remain free for visitors to admire its beauty! 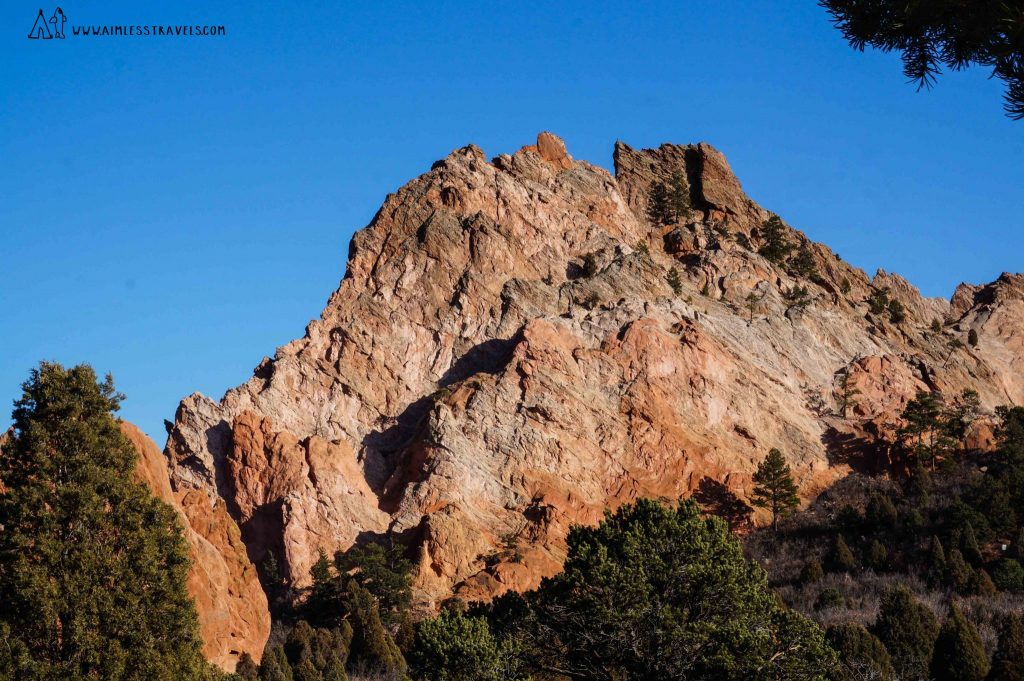 The Ute tribe of Native Americans used to camp in the Garden Of the Gods. They stayed in this pass because it was one of the only trails in the region between the prairies and the mountains. Every year, buffalo would migrate through the pass. Every summer, the Utes people would patiently wait for the buffalo to arrive.

Activities offered in the park

Rock climbing in Garden of the Gods

Rock climbing is permitted, as long as the participant fills out a free registration form before climbing and brings the proper equipment. We would love to add this to our bucket list!

The Ute Native American tribe believed the kissing camels to be two beasts locked in an everlasting truth. One camel represented good while the other represented evil. They were locked in truth to symbolize how the Ute people believed that good and evil was present in each member of the tribe. 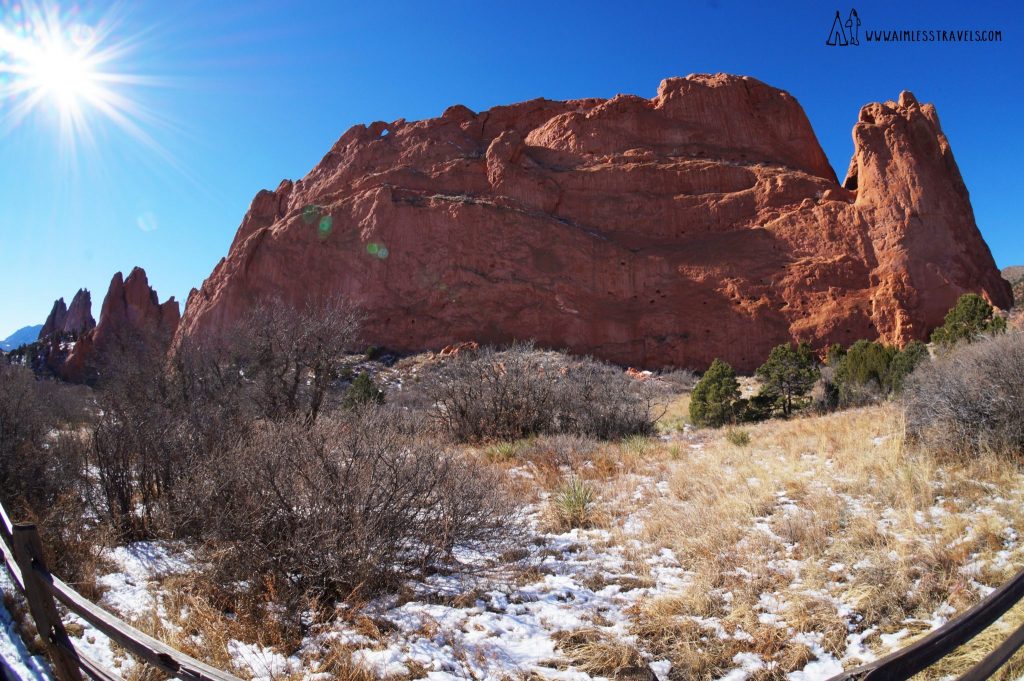 If you’re not much of a hiker and simply came for a quick view, the trading post will surely become your favorite spot. It is one of the oldest and largest merchantile’s in the state of Colorado. The trading post offers you lunch, souvenirs, and features a Native American art gallery.

The below image is that of Balanced Rock. It is made from a combination of coarse sand, gravel, silica, and hematite. The hematite is what gives the rock formation its red hue. 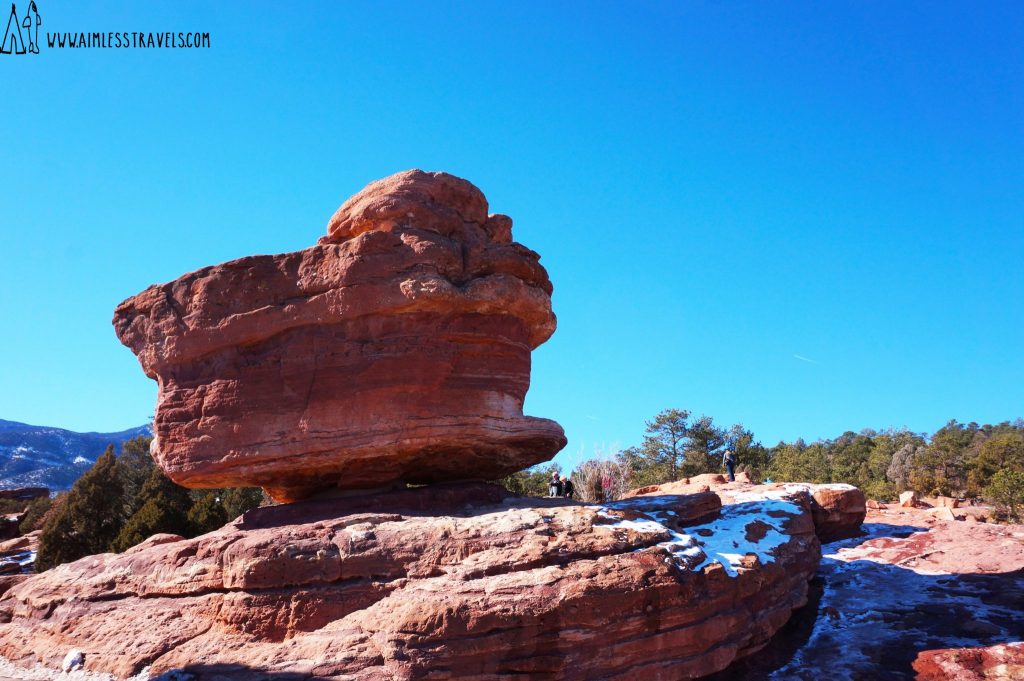 The following image shows a view of Cathedral Valley in Garden Of the Gods, which is known for their unusual hogback formations. Hogbacks are long hills or mountain ridges with steep sides. 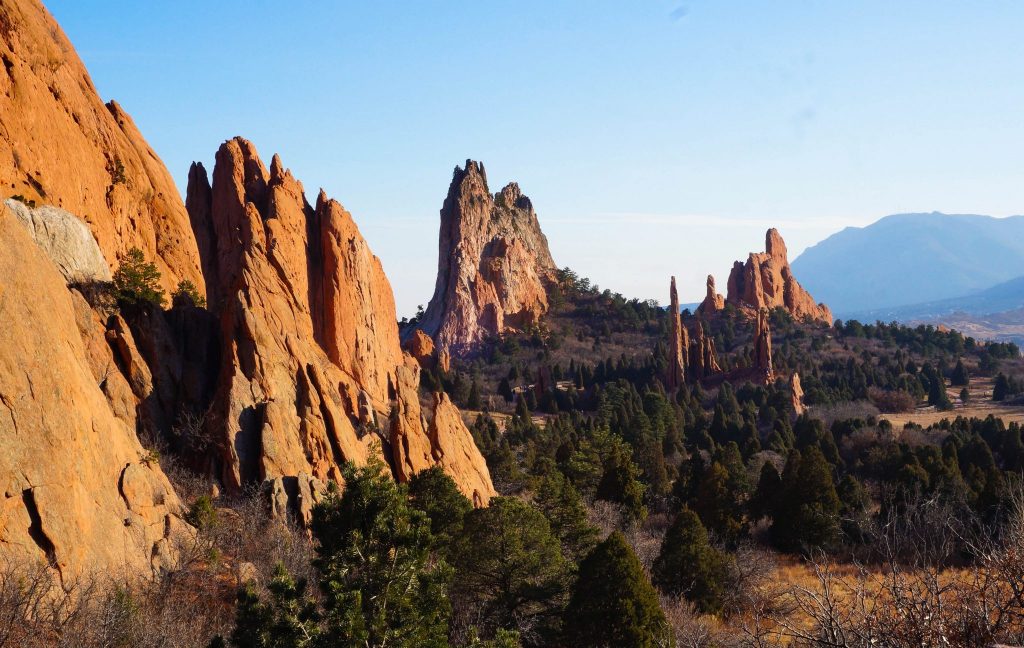 Garden Of the Gods has its own dinosaur!

James Kerr, a Colorado College professor, found the mysterious remains of an unidentified dinosaur in the park in 1878. This dino came to be known as Theiophytalia kerri. In Greek, Theios means “belonging to the gods” and phytalia means “garden”.

If you’re in the Colorado Springs area and have the time, I highly recommend going to Pikes Peak. It is the highest summit of the southern front edge of the Rocky Mountains at 14,115 feet. It is also located 10 miles west of Colorado Springs and Garden Of the Gods. To get to the peak, many visitors choose hiking up Barr Trail, driving via Pikes Peak Highway, or taking a ride from the Broadmoor’s Pikes Peak Cog Railway. There are also options to bike down from the summit with Challenge Unlimited. When I traveled up to Pike’s Peak, I went with the railway, where I saw stunning views and an assortment of wildlife, such as mountain goats climbing up the side of the mountain! 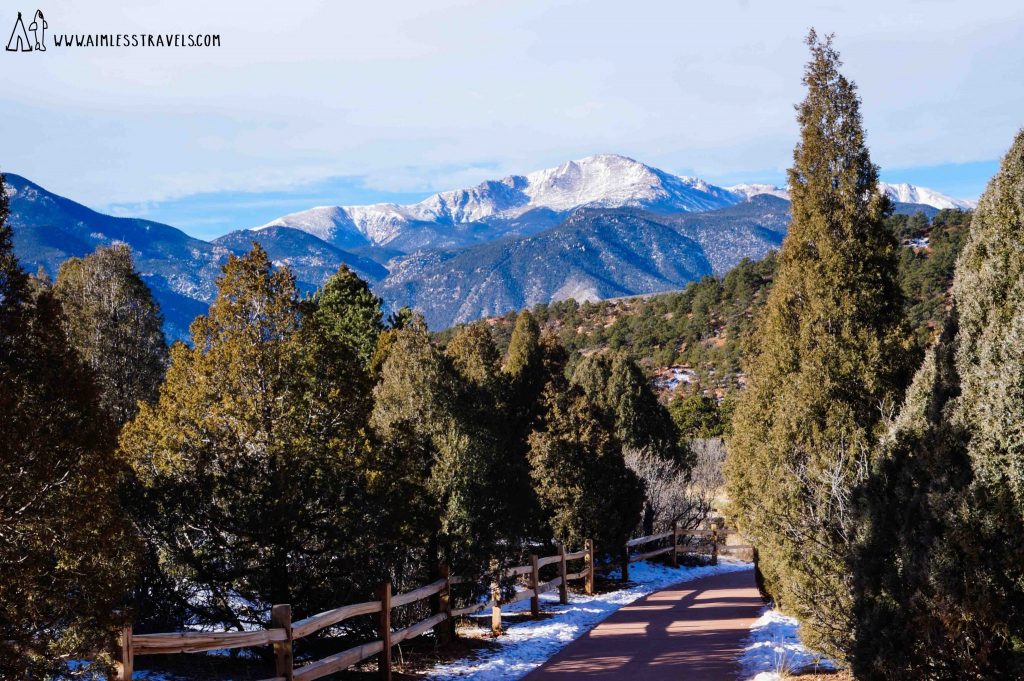