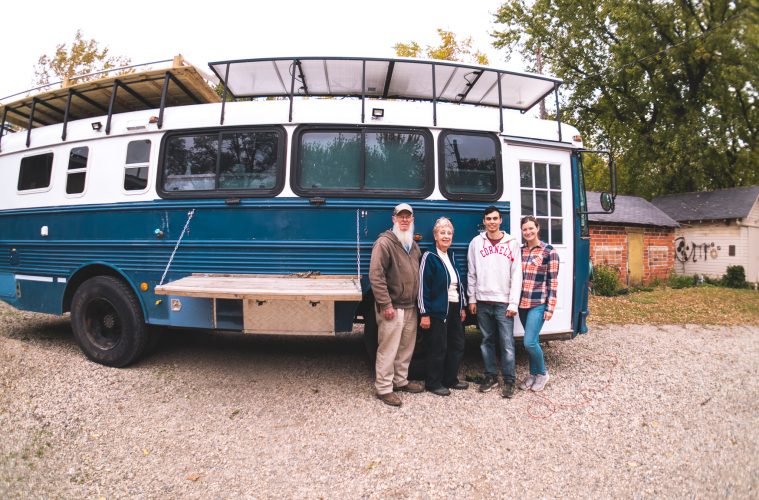 Oh, Eldon and Reta. I think David and I were always hoping we’d meet some people that would give us an inside look into their lives. We were more surprised when it happened in the tiniest town of Blue Earth, Minnesota. Blue Earth only has a population of 3,135 and are best known for the Jolly Green Giant. Besides that major attraction, the town doesn’t really see a ton of tourists. Nonetheless, Blue Earth, MN has tons of those small-town appeals that Eldon and Reta were kind enough to show us.

Note: Boondockers Welcome is a great program that allows you to meet fellow and park for FREE. Right now, the price is just $30/year for life, which is less than 1 night in a campground!

Farming is a huge way of life for these town folks. It’s not uncommon for people to have hundreds of acres of farmable land and use it as a revenue source. The most common crops grown in Blue Earth are soybeans and corn. We were lucky enough to travel through Blue Earth during the harvesting season. Eldon happily gave us a tour of one of the many farms, its equipment, and the vehicles. We even got to ride in a columbine as one of the local farmers was harvesting soybeans. 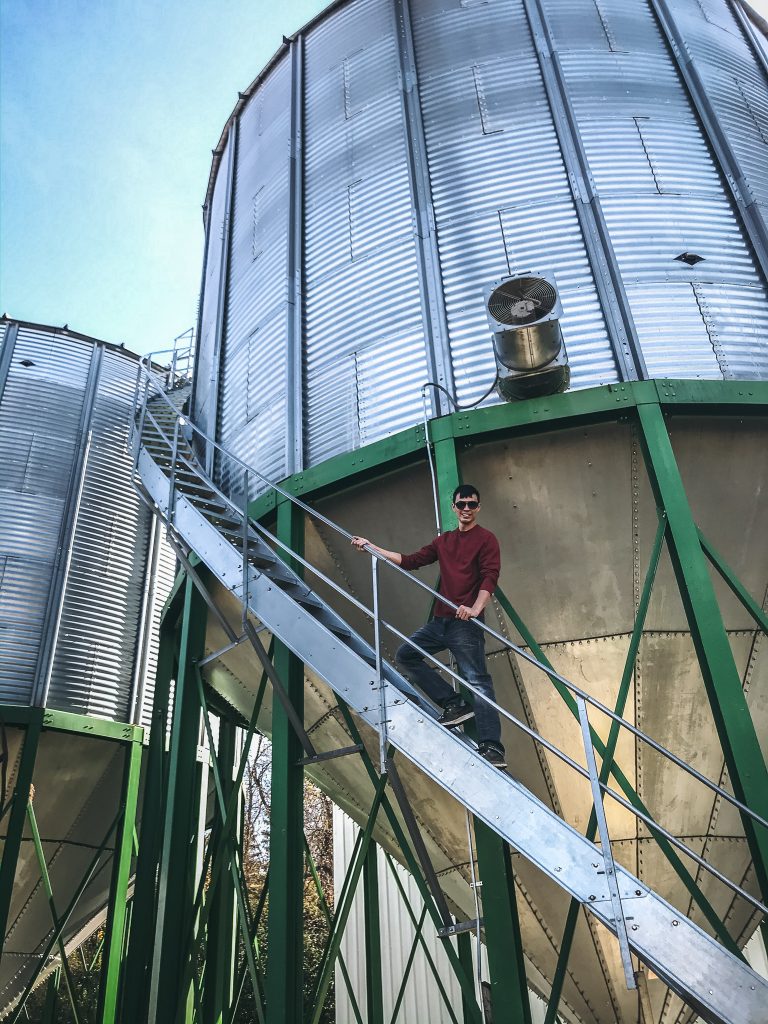 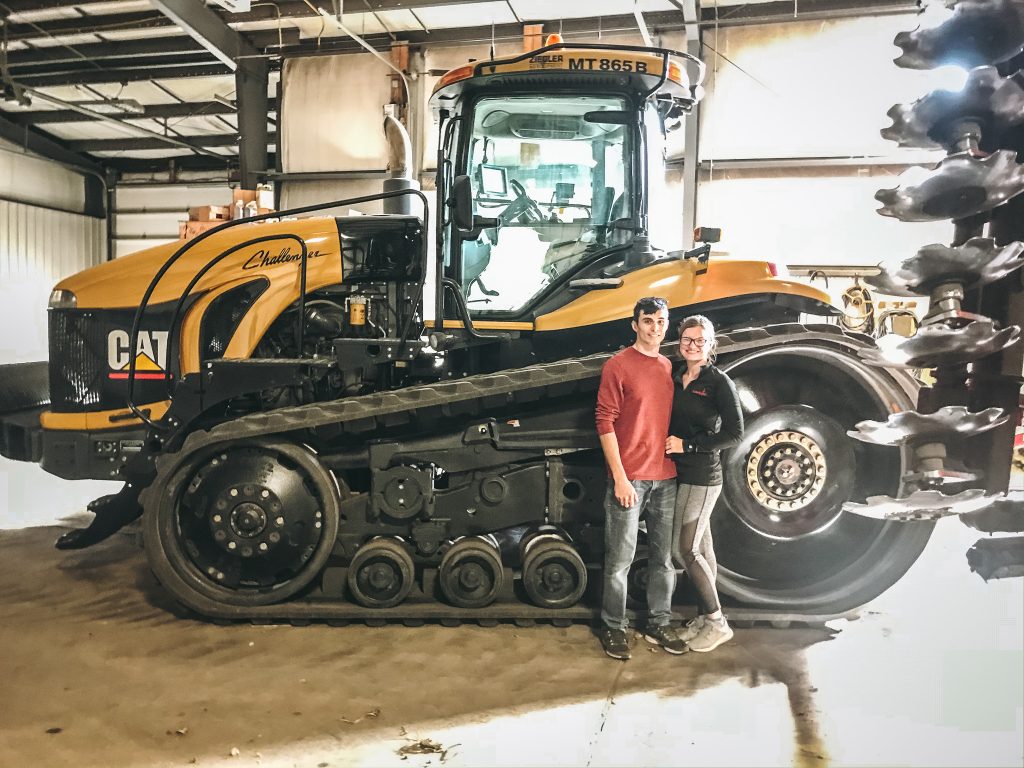 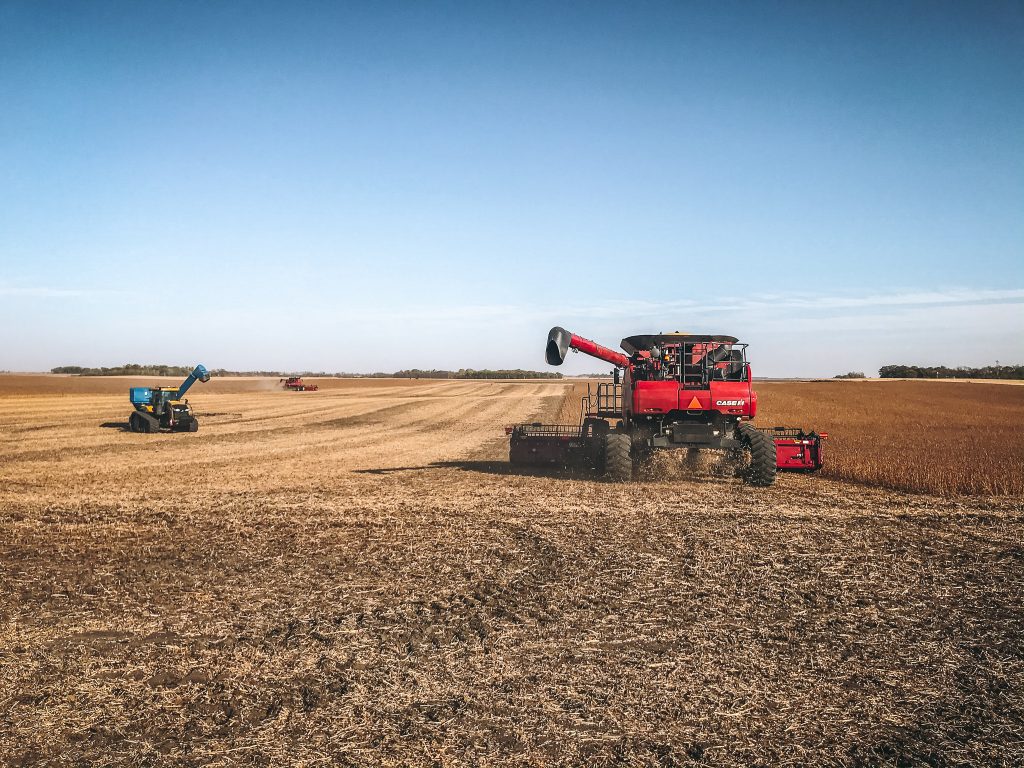 Eldon and Reta quickly became our friends and family for the next couple of days as we coped with some difficult financial decisions. Not only did they let us stay on their property for a few nights, but the couple was kind enough to let us ride in their ATV and take us out to dinner at a local joint called Huntley Café in Huntley, MN. The place was incredibly small, has a post office in it, and only has dinner service on Fridays. While the menu may be small, the local vibes the restaurant had were amazing and made us a feel apart of a small community! David and I both indulged in the ham steak with a side of creamy cucumbers, which Minnesota is apparently known for! 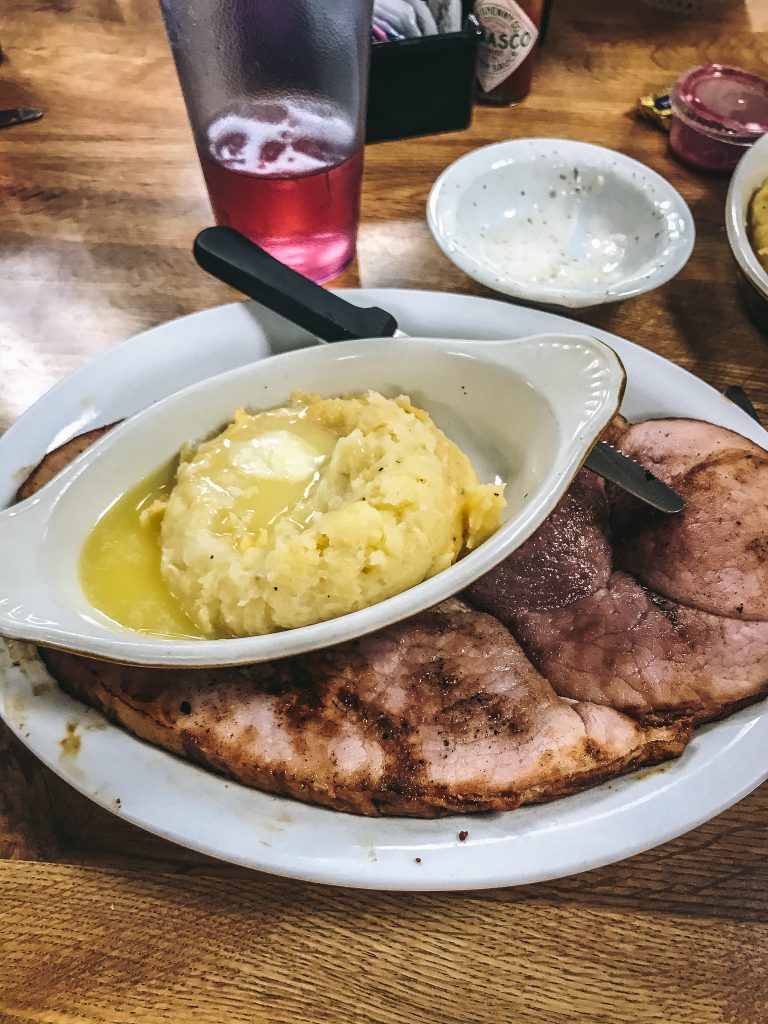 These could be some of our favorite people that we met on the way for a few reasons. The way they lived was completely different than what we’re used to and it was humbling to get a chance to experience it for a few days. Want to know what’s even crazier? We bought a car from these people! Eldon and Reta sold their 1984 Volkswagen Rabbit to us when we desperately needed a car, without having to break the bank. Maybe a little weird, but how awesome will it be years from now where we can look at each other and be like, “Hey, remember that time we bought that car in Blue Earth, MN?” 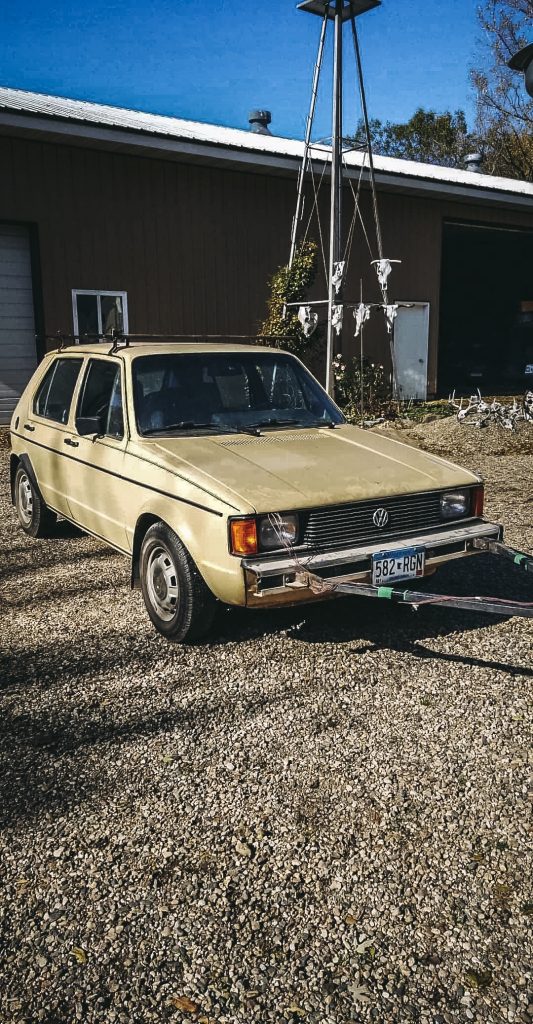 FYI – This post may contain affiliate links, which means we earn a commission (at no extra cost to you) if you purchase from them. We only recommend products we use and love. Thank you for your support in helping us travel! For the full explanation on what this means, feel free to check out our Privacy Policy and Disclosure.