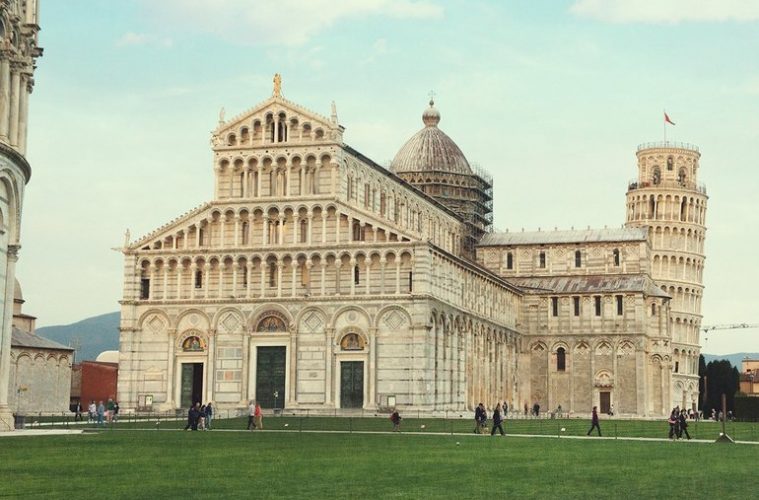 Must See Spots In Italy That Aren’t Tourist Traps

To get to know Italy on a deeper level, you’ll have to venture outside of the big cities (and very “touristy” areas) and travel too much smaller, more authentic towns.

My husband and I were able to explore five cities in six days. It was a grueling vacation schedule, but so worth it! Italy truly is a magical land jam-packed with ancient buildings, relics, and delicious food and a beautiful scenic drive if renting a car in Italy is your kind of thing! 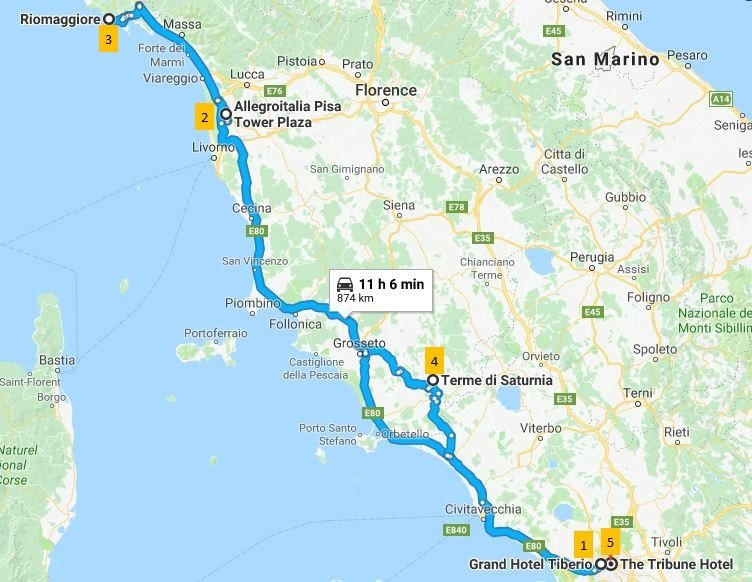 Stop 1: Get A Taste of East Rome’s Magnificent & Ancient Architecture

Rome is completely designed with ancient buildings, statues, and structures. They have avoided the modern style by successfully maintaining beautiful ancient structures. We spent our first day walking through the east side of Rome. We explored as far as we could on foot and saw the Fontana del Tritone, a fountain with little shops and restaurants. I would suggest taking the time to explore because every street has so many stunning structures to see! 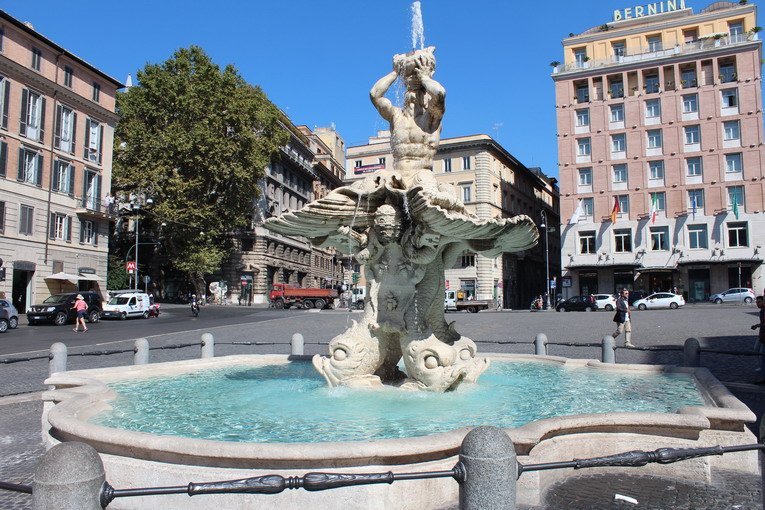 Stop 2: Don’t Fall Over While Seeing The Leaning Tower Of Pisa!

If you are uncomfortable driving in Italy, there are plenty of other great transportation systems for you to utilize, such as bus routes and trains. On our second day, we took a 4-hour train ride through the countryside to Pisa. It was an absolutely breathtaking experience…I literally spent the entire ride with my head sticking out the window to see all the little towns that we passed by!

While there are so many stops to see in Italy, I’d suggest visiting the famous “Leaning Tower” (and yes, it REALLY does lean!). The tower is in a plaza with other ancient structures encompassed by a large concrete wall. If you are wanting to stay out of the larger cities I would recommend staying in Pisa because it is a very peaceful mid-sized city. Although it has a well-known landmark, the rest of the city is in the beautiful countryside of Italy. 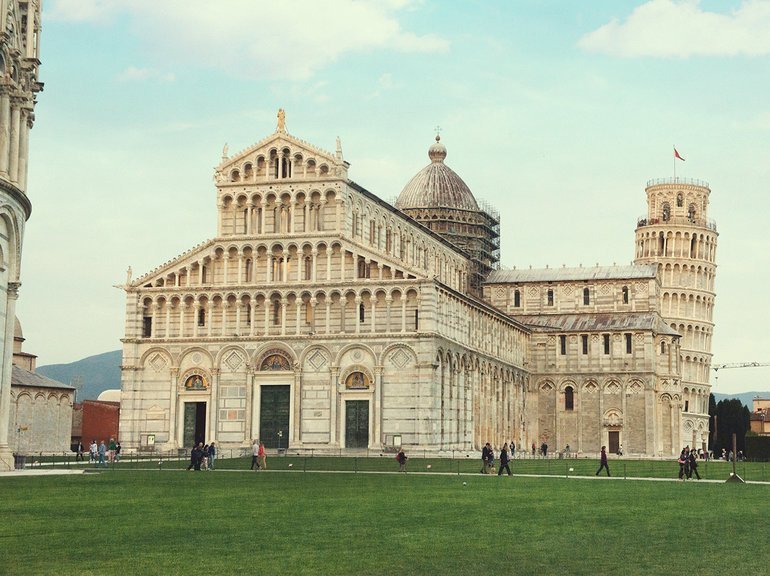 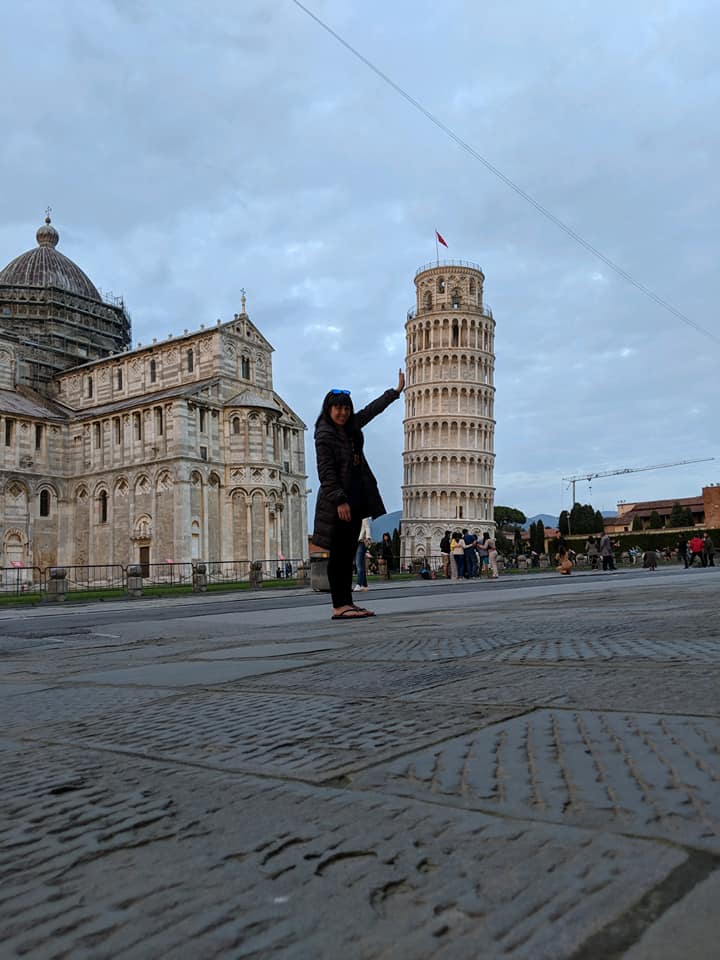 The Leaning Tower is a freestanding bell tower of the cathedral. It is the third oldest structure located in the city’s Cathedral Square. The tilt is actually caused by an inadequate foundation. The architects made the mistake of building the tower on the ground that was too soft to support the massive structure’s weight. The tilt worsened until it’s completion in the 14th century. During the late 20th and 21st centuries, the tilt was partially fixed and the structure stabilized, but you’ll still always notice that tilt!

Stop 3: Grab A Cute Car And Grab Some Seafood At Riomaggiore

We decided to rent a tiny Fiat to navigate our way from Pisa to North Italy. Italy is known for having many different driving standards than the US, but if you have a confident driver who is experienced driving in other countries, I would highly suggest driving!

We drove through the narrow, winding mountain roads to the small coastal town of Riomaggiore, part of the Cinque Terre (“Five Lands”). We chose to go to the smallest, most secluded town because we wanted to have a more authentic Italian experience. The village is built on the side of the mountain, making the entire town slanted. There are about 20 or so restaurants and shops in the village. We had the most delicious seafood and the shop owners were so friendly! 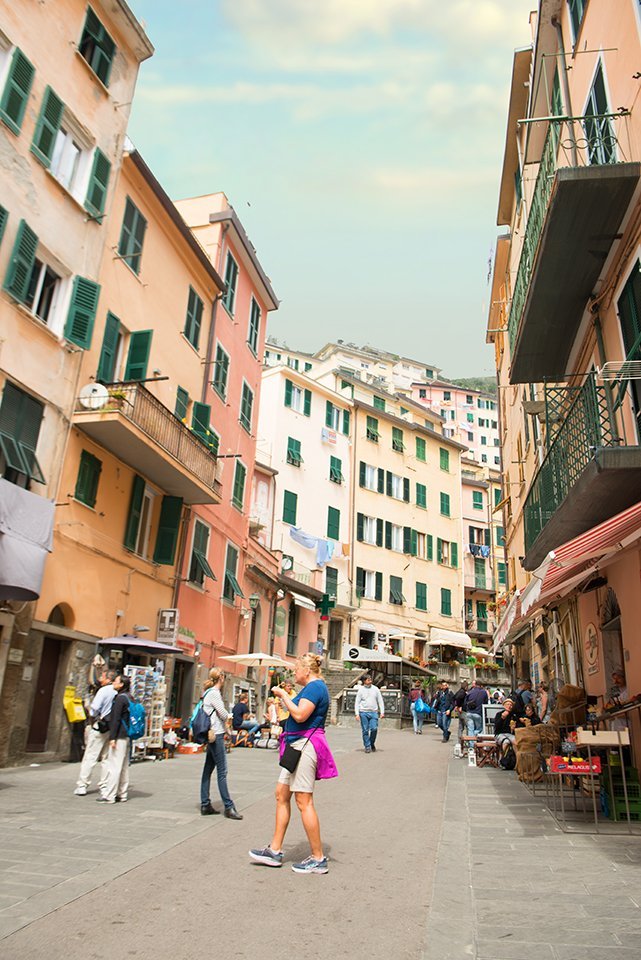 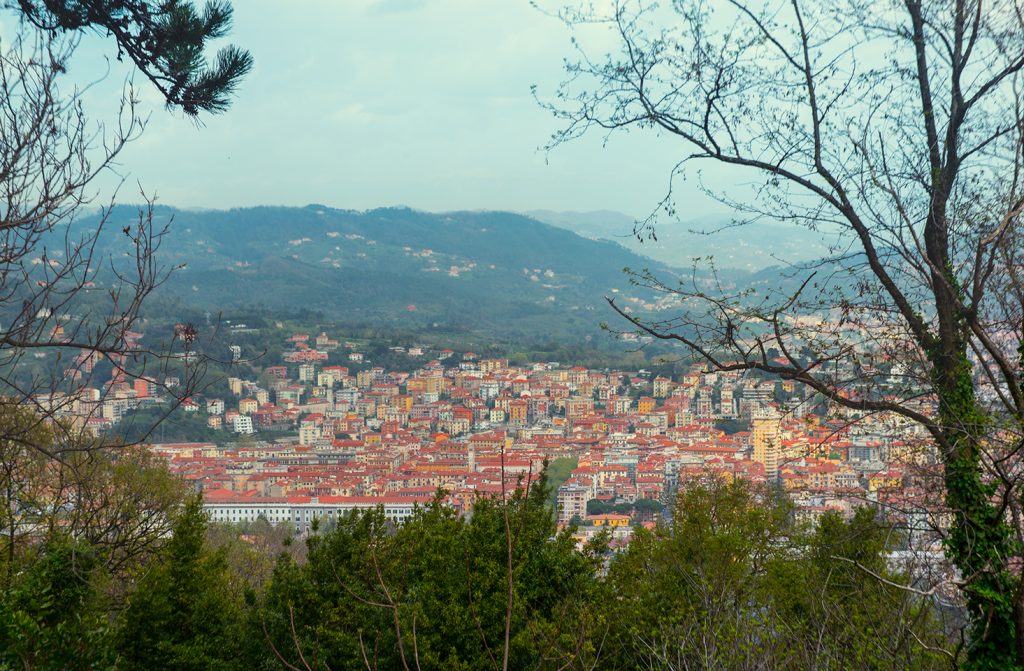 The spring I found was in the mountains, between Pisa and Rome, so we made a special stop at Terme di Saturnia on our way back to Rome. It was one hour out of the way, but the drive was amazing. We stopped for food at a couple of small-town trattorias (restaurants) and did our best to communicate with the locals. We were just as happy to eat their food as they were to see Americans. It was well worth the drive to the hot springs; the water was amazing, and it was connected to a small waterfall. I sat underneath the waterfall and it offered a much-needed massage. 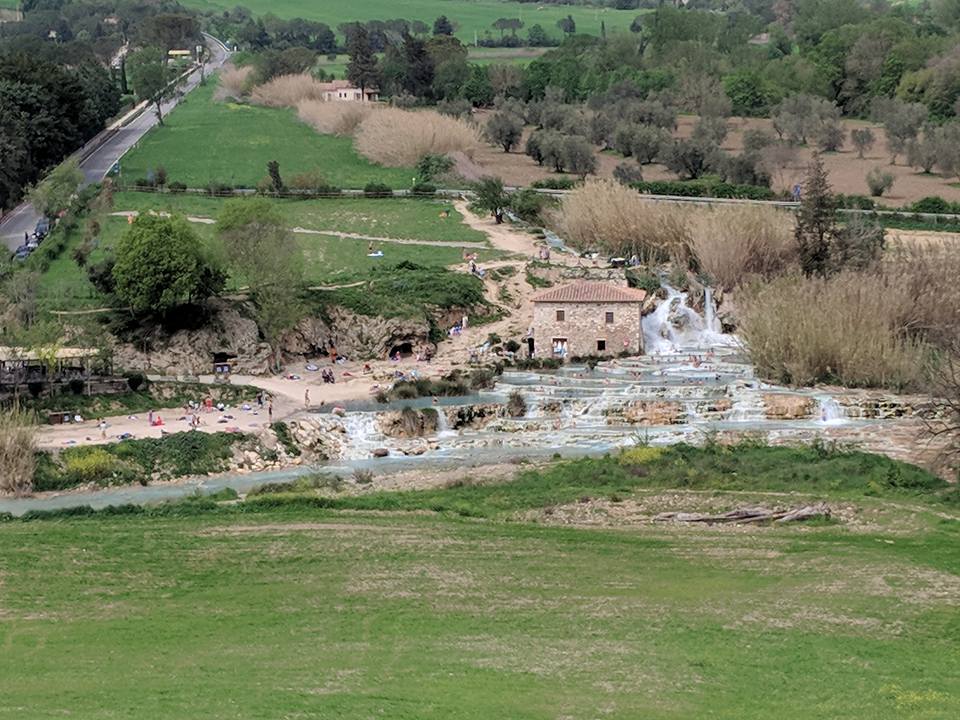 Stop 5: Go Be A Tourist In West Rome…You Deserve It

This part of the city had the most hustle and bustle. I would not suggest driving, as there was a lot of traffic during rush hour. After doing very few touristy sight-seeing, we decided that we had to see the Vatican while in Rome!

We spent hours taking pictures and enjoying the beautiful artwork. My parents had been telling us about their experience at the Vatican when they went 15 years ago on their honeymoon. We discovered that the Vatican has become a regulated tourist attraction with long lines and security hurrying you along once you are inside. Despite all this, it was well worth the wait and crowd. 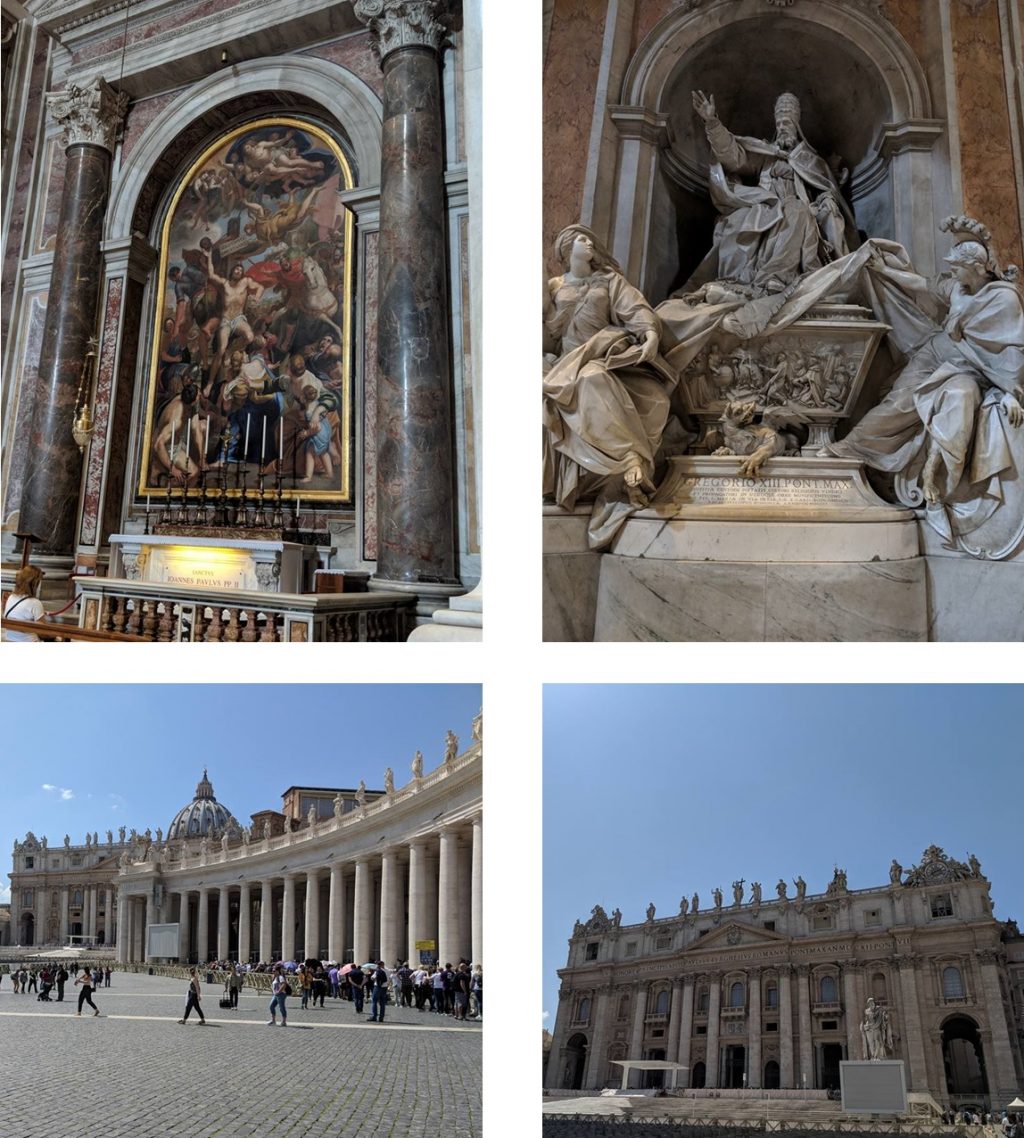 Vatican City is a distinct Holy See ruled by the Bishop of Rome – the Pope. It is the main episcopal see of about 1.2 billion Latin and Eastern Catholics around the world. This city dates way back to the early beginnings of Christianity!

Getting Hungry, Yet? Because I am!

One of the highlights of this trip was enjoying food all over Italy. We had a large variety of food from small bakeries to high-end restaurants. When I travel, I make a point to be optimistic and try as much food as I can. I feel that this gives me a deeper understanding of the country and indulging on vacation is a must!

My husband truly enjoyed the cappuccino, he craved them all trip long. He had a cappuccino in every city. When we arrived back home to the states, he went to a few coffee shops trying to get similar cups, but Italian cappuccino is no comparison.

My mom treated herself after every dinner with a Tiramisu. They were so different than the style you would get in the US. The Italian Tiramisu was more of a custard, having a similar appearance to Crème Brulee. On our last night, my husband and I decided to take a risk and try an Asian fusion restaurant. To our surprise the food was amazing, and I still dream about the dessert!

I hope you enjoyed hearing about our favorite places to see on the east coast of Italy. There is still much more that we haven’t seen in Italy and we are thinking of taking another trip to see the rest! 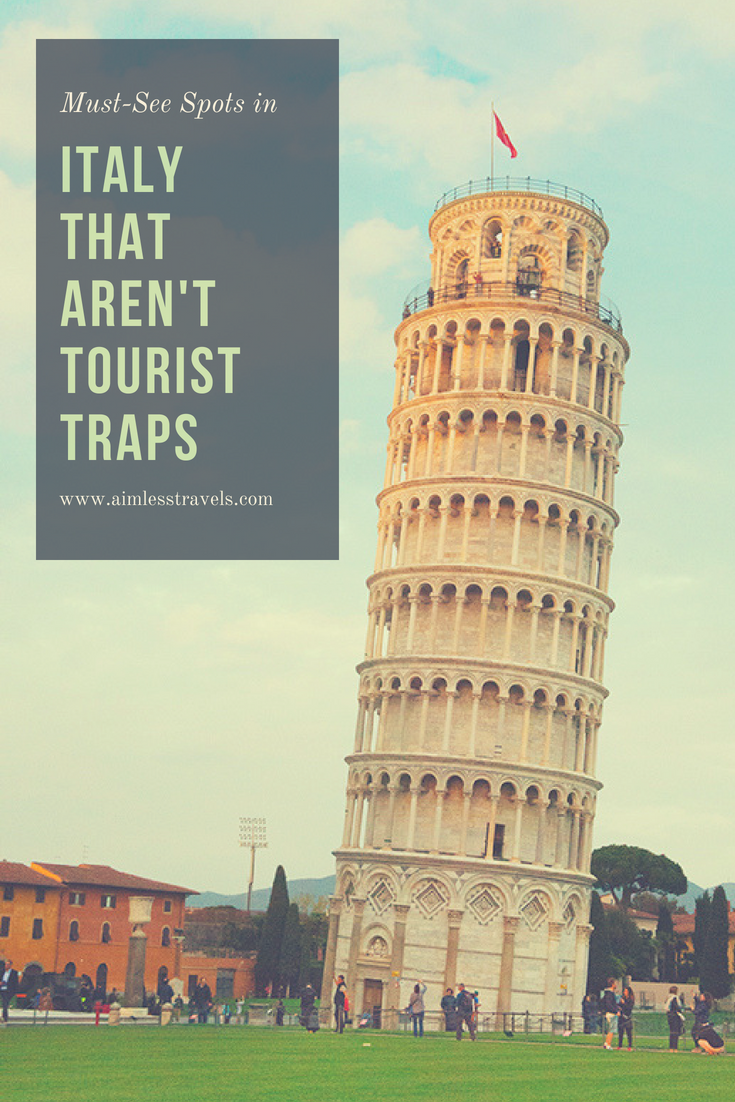